“We are very excited to be able to welcome John and Cheryl to the staff,” explained Susie Tjossem, Executive Director for the Colorado Ski Museum and Hall of Fame. “Following the incredible success of the 2015 World Championships, there is a great deal of interest, not only in the Museum, but in Colorado skiing in general. With the Museum on the verge of an exciting transformation, we eagerly anticipate their collective contributions, given the tremendous amount of knowledge and passion for our sport that they bring to their new positions.”

A Colorado native, Dakin has spent the past 28 years with the Vail Valley Foundation as the nonprofit organization’s Vice President of Communications. In this capacity, he served as Chief of Media for the 1989, 1999 and 2015 World Championships, along with Vail and Beaver Creek’s annual World Cup ski events. 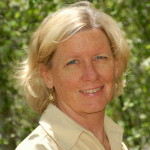 During his tenure at the Foundation, he also worked in Media Operations for the 2002 and 2010 Olympic Winter Games in Salt Lake and Vancouver, while also serving as Information Director for the U.S. Ski Team prior to moving to the Vail Valley in 1986.

A native of Minneapolis, Lindstrom moved to the Vail Valley in 1988 to take on the role of Deputy Chief of Media for the 1989 World Championships, following a career as a sports writer for the Boulder Daily Camera. She also served as Venue Press Chief for Cycling at the 1996 Atlanta Summer Olympics. In addition to the 1989 Championships, she has also worked with the Vail Valley Foundation in the organization’s education and development efforts.

Lindstrom has served as an independent consultant in communications, television production, event operations and grant writing and management. Prior to the 2015 Championships, she secured and managed over $2.4 million in grant funding for Vail Valley Medical Center.

Located atop the Vail Village Parking Structure, the Colorado Ski & Snowboard Museum is a treasure trove of ski history and heritage. Its six themed galleries display artifacts, narratives and film documentaries that entertain and educate visitors of all ages.