Shiffrin to shine as Aspen picks up cancelled Levi slalom

Eagle-Vail’s Mikaela Shiffrin will have an extra shot at winning again on home snow this month after a World Cup slalom originally slated for this weekend in Levi, Finland, but cancelled due to warm weather was added to the Aspen Winternational schedule over Thanksgiving weekend on Aspen Mountain. 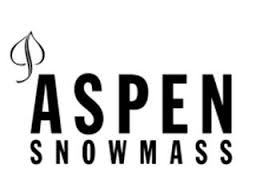 The women’s giant slalom has been bumped up to Friday, Nov. 27, followed by slalom races on both Saturday, Nov. 28, and Sunday, Nov. 29. Shiffrin was fifth in the slalom at Aspen last season but has never won there, and, in fact, no American woman has won at Aspen since Tamara McKinney claimed a GS victory there in 1981.

Shiffrin, however, has won virtually everywhere else, claiming 14 World Cup victories already at the age of 20. Earlier this year she won a gold medal at the World Championships in Beaver Creek, a mountain right above her hometown of Eagle-Vail (residents there can ski home from the Beav’ in the afternoon). She was also second in a GS at Beaver Creek during a World Cup test event there in 2013.

But an Aspen win has eluded her thus far. Now she’ll have two cracks at a home-snow victory on the Strawpile course. Here’s the full press release from Aspen Skiing Company:

“The Aspen community will be thrilled, and we are honored to be able to support the racers and our partners at the U.S. Ski Team and FIS by hosting this additional race,” says John Rigney, Vice President of Sales and Events for Aspen Skiing Company.

He continues, “This is a testament to the crews prepping our storied race venue, and everyone involved with the race, including our volunteers. With Aspen’s early opening, great skiing conditions and another race added to Aspen Winternational, Aspen Snowmass’s season seems poised for an amazing start!”

Recent storm cycles that have swept across the western United States and Colorado have not only brought an abundance of fresh snow to Aspen, but also cold temperatures making for excellent snowmaking conditions.

Aspen Mountain has received nearly 18 inches (45.72 cm) of new snow in the past two weeks and five inches (12.7 cm) in the past 48 hours. In addition to the fresh snow, the resort has seen optimal temperatures for making snow with further cold temps forecasted through the weekend rendering the resort in great shape for hosting World Cup ski racing.

The teams on Aspen Mountain have been hard at work creating the best possible surface for the racers where fans and skiing enthusiasts can gather to cheer on U.S. champions Mikaela Shiffrin and Lindsey Vonn.

Shiffrin is coming off of another tremendous season in which she claimed her third overall slalom title and has already proven she is on par with another successful season owing to her second place finish at the Soelden giant slalom World Cup opener. Last season, Vonn proved she is the most successful female ski racer of all-time by capturing a record 67 World Cup wins surpassing the previous record of 63.

Both racers will be competing for the number one spot at the Aspen World Cup races and will now have a bonus opportunity to win on home soil.

Watch as the excitement turns palpable with international rising stars such as Eva-Maria Brem, Frida Hansdotter and Federica Brignone as well as the hometown heroes Shiffrin, Vonn and Resi Stiegler battle it out for the chance to stand on the podium three times this year.

Spectators are invited to the base of Lift 1A to enjoy prime viewing, live music, food, beverages and the excitement of watching the best female ski race athletes in the world compete on Aspen Mountain. Skier access to view the races along the course is contingent on snow conditions. Please check with Aspen Mountain guest services for updated skier access information.

To view the detailed World Cup schedule as well as more information about the event visit www.aspensnowmass.com/while-you-are-here/events/aspen-winternational.