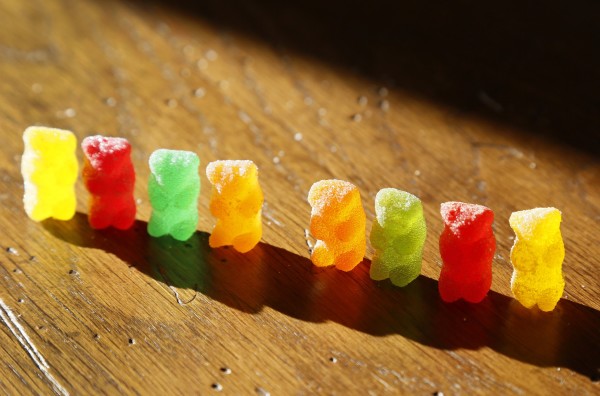 A Colorado bill aimed at protecting kids from marijuana edibles that are easily confused with candy passed the House Business Affairs & Labor Committee on Tuesday. Meanwhile, local officials will host a marijuana forum Tuesday, May 3, at Battle Mountain High School in Edwards to educate parents about tends in the industry, including the appearance and packaging of edible products.

The proposed law (HB16-1436), sponsored by Reps. Dan Pabon and Joann Ginal, would require the Marijuana Enforcement Division of the Colorado Department of Revenue to draft rules that prohibit edible medical and retail marijuana products shaped like a human, animal or fruit. The bill has the support of Gov. John Hickenlooper, who highlighted his concern with edibles in his State of the State speech in January.

“Marijuana products are designed for adults and we are asking that these products don’t mimic products marketed to children,” said Rep. Ginal, D-Fort Collins. “It’s a smart, reasonable approach to protecting Colorado children.”

An amendment was passed to clarify that geometric shapes with fruit flavors are permissible under the bill. The 10-2 vote sends the bill to the House floor for second reading.

The free Battle Mountain Marijuana Forum, which starts at 5:30 p.m., Tuesday, May 3, in the main lecture hall, is sponsored by the Eagle River Youth Coalition and the Eagle County Total Health Alliance.

The following is a 2015 article on legal marijuana and kids in Colorado, produced by RealVail.com for The Parents Handbook Magazine:

Legal in Eagle County: Talking to your kids about marijuana in Colorado’s new cannabis culture

It doesn’t matter who you’re talking to in Colorado these days – or even outside of the state – the topic of pot will come up. There is a fascination with the state’s legalization of recreational marijuana in 2014 that borders on obsession. And don’t think your kids aren’t listening.

Children at a very early age begin to pick up on what all the adults are talking about, especially if it’s the first question out of the mouth of your van driver on the way to Universal Orlando Resort in Florida,. My wife and I and our three boys experienced that on a recent trip, politely deflecting his questions about all those “wild-eyed stoners out in Colorado.”

The fact is, no matter how you voted on 2012’s Amendment 64 – which led to Colorado in 2014 becoming the first state in the nation to begin legal sales of recreational marijuana – very little has changed. And then again everything has changed. One pot shop employee compared it to the end of the Prohibition on alcohol in 1933. It was just four years later that the federal government first began passing laws that criminalized marijuana consumption.

Virtually since the inception of the Colorado ski industry, but especially during its boom in the 70’s and 80’s, Rocky Mountain High has had at least two meanings. Vail’s old Vistabahn bubble chairlift recently replaced by Gondola One used to be referred to, with a wink and a nod, as the “Rastabahn” for the clouds of smoke that wafted from it like the crowd at a Bob Marley concert.

Weed has been de facto legal in ski towns for decades. Police, for the most part, looked the other way, and a one-hitter or a joint was as standard a piece of ski equipment as a bota bag full of wine. It’s still illegal to smoke legally purchased pot in public, especially on U.S. Forest Service land leased from the feds by most of the state’s ski areas. Still, that skunky smell persists. 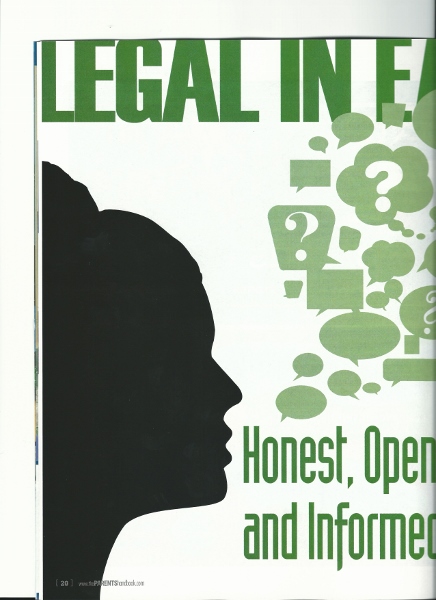 This story first appeared in The Parents Handbook.

Some tourists from more conservative parts of the country are stunned at the open display of what has been taboo for most of the 20th century and the first decade of the 21st century. And a lot of them are even more shocked to see actual stores in Eagle-Vail and Eagle openly selling pot. But what really sends some folks over the edge is how everybody is talking about it.

That’s where the kids come in. They hear everything. The stories on the local news. The arguments around the dinner table. The constant questions from out-of-towners fascinated by this new phenomenon. And as much as they’ll tell you they have no interest in disgusting adult habits, many kids of a certain age can’t wait to sneak their first cigarette, tentatively sip their first beer, or … eat their first edible pot product.

Unquestionably, even though marijuana has always been around and could be acquired by any truly enterprising and curious teenager for decades, it’s now much more accessible in Colorado – if for no other reason than a 21-year-old Colorado resident can go into any local pot shop and legally buy up to an ounce. Then he or she can illegally sell or share it with friends under 21.

The question for parents then, in one of the four states – Colorado, Alaska, Oregon and Washington, plus Washington, D.C. – that have voted to legalize recreational marijuana (as opposed to medical marijuana, which is legal in 23 states and D.C.) is how do I talk to my kids about pot when it’s all the rage? And how do I keep them from consuming it, breaking the law and possibly impairing their brain development before they’re 21?

That, in and of itself, is a tricky question. There are varying studies on the extent to which marijuana consumption can impair the healthy development of an adolescent brain. But no matter what your experiences tell you from your own possibly wayward youth, most at least minimally responsible parents agree that letting your kids lie around smoking pot all day in the basement is a bad idea. Just like you wouldn’t let them drink excessively, or take pills.

So The Parents Handbook set out to explore these sticky issues, and three words kept coming up no matter who we interviewed – from law enforcement to healthcare professionals to addiction counselors to marijuana retailer. They all urged parents to be honest, open and informed.

To read more, go to RealVail.com.