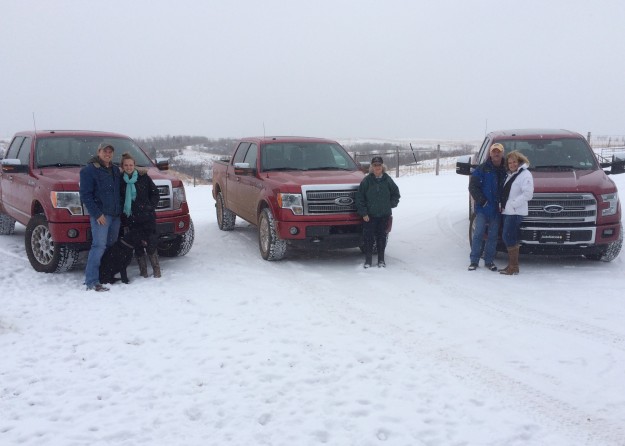 Everyone has been curious about the new 2015 Ford F-150 as it continues to make its way to dealership lots around Colorado this month. The truck, which is made of military grade aluminum alloy and is 700 pounds lighter than previous models, was received by the first Colorado customer just before Christmas.

Colorado resident Chris Jones traded in his 2006 F-150 with 191,000 miles on it for a brand new Platinum 2015 F-150. With the help of AutoNation Ford in Littleton, Jones found the fully loaded truck he had been looking for.

As pictured here, Jones’ son and daughter in law, Greg and Julie, are carrying on the family tradition with their 2010 F-150, and his mother in law, Hazel, jumped on board with her 2012 model.  Also pictured on the far right are 2015 F-150 owners Chris and JoAnne Jones.