Aaron Neville has spent five decades capturing New Orleans’s spirit of undying hope in music, both as a part of the Neville Brothers and on his own in an esteemed solo career. With one of the most distinctive voices in popular music, Neville’s earned an impressive collection of platinum records and Grammy awards. 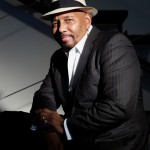 He now visits Beaver Creek on Sunday, August 2 at 8:00 PM to sing classics like “Stand By Me,” “Cupid,” “There Goes My Baby,” and more, plus songs from his newest album. In his latest album, My True Story, Neville revisits the music he grew up with, and adds a few new spins along the way. This intimate concert showcases his versatile talent and extensive repertoire that includes pop, country, soul and R&B music. Tickets to Aaron Neville Duo are $88 and are on sale now at the VPAC Box Office (970.845.8457/www.vilarpac.org). The VPAC is located under the ice rink in Beaver Creek Village (68 Avondale Lane, Beaver Creek, Colorado).

My True Story, Neville’s first release for Blue Note Records, is a collection of twelve classic doo-wop numbers, performed in his utterly inimitable vocal style, and co-produced by Blue Note President Don Was and Keith Richards. The selections on the album include classics by such vocal-group giants as Little Anthony and the Imperials (“Tears on My Pillow”), Hank Ballard and the Midnighters (“Work With Me, Annie”), and the Drifters (“Money Honey,” “Under the Boardwalk,” “This Magic Moment”). To Neville, though, these songs weren’t just the soundtrack to his youth; they became the underpinning for all of the remarkable music he has created across five decades.

“I attended the university of doo-wop-ology,” Neville says. “Anything I do has got some doo-wop in it. It’s just part of me—it’s the texture that I’m singing in, it’s the endings, it’s the harmonies. At 3 o’clock in the morning, I wake up with a doo-wop song going in my head and I can’t go back to sleep because I’m singing it over and over.”