More bipartisanship wafted out of Colorado toward Washington on Tuesday, like so much smoke from western wildfires. But will it matter for DACA recipients who saw their dreams of citizenship go up in Trump administration smoke on Tuesday?

Just like Govs. John Hickenlooper and John Kasich crossed the aisle last week on healthcare, Colorado Sens. Cory Gardner and Michael Bennet joined hands on DACA on Tuesday, cosponsoring the DREAM Act to protect from deportation and provide a pathway to citizenship for the nearly 800,000 recipients of the Deferred Action on Childhood Arrivals (DACA) program.

Gardner, a Republican and longtime DACA opponent, did a 180 after overwhelming condemnation of the Trump administration’s decision on Tuesday not to defend the program against legal challenges from GOP hardline immigration attorney generals in 10 red states. The administration essentially gave Congress six months to protect Dreamers — more than 17,000 of them in Colorado — legislatively.

“Children who came to this country without documentation, through no fault of their own, must have the opportunity to remain here lawfully,” Gardner said in a release. “I’m proud to join with Sen. Bennet and cosponsor the Dream Act to provide certainty to the thousands of law-abiding Coloradan Dreamers and demonstrate bipartisan leadership on this important issue. I have long called for an overhaul of our country’s immigration system and believe this is an important step. I will continue to work with Sen. Bennet and our colleagues in the Senate to move this bill forward into law.”

Bennet, a Democrat who in 2013 was part of the Gang of Eight senators who successfully passed an immigration reform bill in the Senate — only to see it die at the hands of then-Speaker John Boehner in the House — was waiting for another Republican to sign onto the Dream Act so he could add his name.

“The Dream Act offers a promising solution amid a time of uncertainty for hundreds of thousands of young immigrants around the country—especially in light of the president’s decision [Tuesday] to rescind DACA,” Bennet said. “While comprehensive immigration reform should remain a long-term solution, we also need a more immediate fix to protect Dreamers. I have long supported legislation that makes clear what we already know: supporting Dreamers boosts our economy, strengthens our national security, and aligns with our values. Congress must move quickly to pass this legislation.”

But just like in 2013, getting the DREAM Act out of the Senate may not be the hard part. The bill faces a much tougher test in the House, where it would likely be tied to a broader immigration-security package, including possible funding for President Donald Trump’s ubiquitous border-wall campaign promise.

“President Obama circumvented the Constitution when he unilaterally created the DACA program without going through the legislative process [in 2012],” Tipton said. “[Tuesday’s] announcement by Attorney General Sessions shows this administration’s commitment to the rule of law. While I do not support the unilateral DACA program, I believe Congress must act to develop a compassionate and commonsense solution for the children who were brought to the United States illegally by their parents. These individuals have grown up in the United States and are now upstanding, valued members of our communities. They should not be punished for a decision that was made by their parents years ago.” 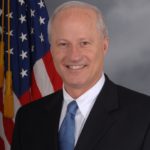 Gardner and Bennet have at least one Colorado ally in the House. U.S. Rep. Mike Coffman, a Republican who formerly opposed DACA, is now looking to save the program with a legislative maneuver explained in this press release:

Washington, D.C., September 5, 2017 — Today, U.S. Representative Mike Coffman (R-CO) used a legislative maneuver known as a “discharge petition” to attempt to force a floor vote on a bipartisan bill, H.R. 496 the Bar Removal of Individuals who Dream and Grow our Economy Act, BRIDGE Act, that he introduced in January with U.S. Representative Louis Gutierrez (D-IL).  The BRIDGE Act would extend Deferred Action for Childhood Arrivals program, or DACA for another three years to give Congress time to find a permanent solution for the young people who were brought to the United States as children.  An identical version was also introduced in January in the Senate, S. 128, by Senators Lindsay Graham (R-SC) and Dick Durbin (D-IL). The DACA program is for undocumented immigrants who were taken to the United States illegally when they were under 16 years of age, have graduated from or are enrolled in high school and can pass a criminal background check.

“I’ve met many of these young people in Colorado who were brought to the United States as children and who grew up here, who went to school here and who often know of no other country. The DACA program that has given them an opportunity to come out of the shadows, legally work, and pursue higher education,” said Coffman.

“I see the discharge petition as a way to bring legislation to the floor should Republican leadership fail to allow a floor vote on a bill to protect these young people,” said Coffman.

President Donald Trump announced today that he would be suspending the DACA program but would allow six months for Congress to pass legislation that would take care of the constitutional question of, under former President Barack Obama, creating immigration laws through executive orders without the consent of Congress.

On June 29, 2017, Texas Attorney General Ken Paxton wrote a letter to the. U.S. Attorney General Jeff Sessions demanding that the Trump Administration either suspend the DACA program or that he would file a lawsuit in a federal district court to challenge the constitutionality of the program.  Paxton had led a successful court challenge against a similar Obama-era executive order designed to give a temporary legal status to the parents of the DACA participants.  The never implemented program was called Deferred Action for Parents of Americans and Lawful Permanent Residents, or DAPA. The court ruled that the program was invalid because a president cannot unilaterally make immigration laws without the legislative branch. Paxton could use similar language, if not identical, to challenge DACA.  His letter was signed by 9 other Republican attorneys general.

“This is an opportunity for Congress to address the Constitutional problem associated with DACA and to protect these young people until a more permanent solution can be found,” concluded Coffman.