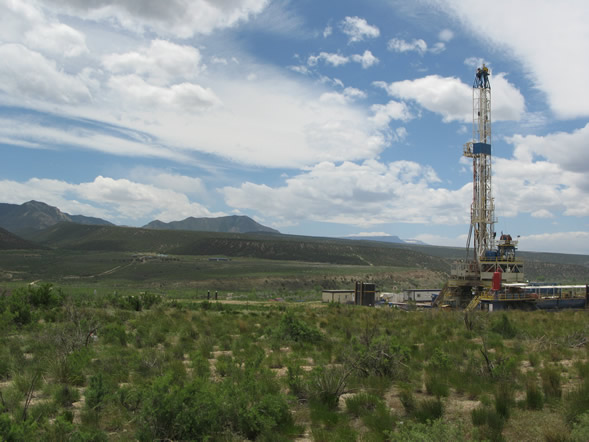 Critics say the oil and gas industry has too much influence in Garfield County, the second most drilled county in Colorado (David O. Williams photo).

A veteran investigative journalist covering Colorado’s booming oil and gas industry says he was fired earlier this year largely due to pressure on his newspaper from local government and energy company officials.

The Post Independent – the dominant paper in the second most drilled county in Colorado – is owned by Colorado Mountain News Media (CMNM), a company that in 2009 was accused of caving to ski industry pressure when it fired a veteran Summit Daily News reporter over a column critical of ski-area snow reporting. 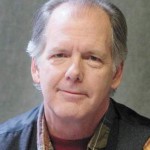 The allegations by Colson come amid an increasingly fierce debate about local government control of oil and gas drilling to curb potential health impacts. Colorado Gov. John Hickenlooper recently struck an 11th-hour deal to avert a costly political battle over two controversial ballot initiatives that would have increased county and municipal control over drilling.

Judges recently have sided with state and industry, but public health concerns have steadily increased along the state’s populous Front Range, where Polis has been blasted by community activists for striking a deal with the governor that they say ignores drilling impacts.

“I focused to a large degree when I first started covering oil and gas on the people that it was affecting, the people who lived near oil and gas facilities and were getting sick and dying in one case,” Colson said.

New editor Randy Essex would not comment specifically on Colson.

“My strategy is to have fair, accurate coverage of everything that we cover,” Essex said. “So much in America is polarized. I’m not interested in further polarizing anything or vilifying people who are working to make a living at the jobs that are available to them.”

Colson says he has no documented proof of industry or government pressure on the newspaper, just the words of his publisher and editor.

“I just heard from my bosses that the industry indicated they weren’t going to talk to me anymore because they felt I was too aggressive and was biased against them,” Colson said.

Doug Hock, a spokesman for Canadian oil and gas giant Encana, said he got along with Colson but didn’t feel he was always objective.

“I, along with a couple of other industry folks, complained when John wrote an opinion piece in the Aspen paper that was harshly critical of the industry and questioned its ethics,” Hock said of a 2009 column Colson wrote in the Aspen Times about the documentary film “Split Estate.”

“[Colson] was entitled to his opinion, but given this public stance I didn’t see how he could continue to legitimately cover the oil and gas beat,” Hock added. “Nothing came of it and he continued covering us for several more years.”

Colson said that incident five years ago convinced him he needed to avoid discussing the oil and gas industry in an opinion column he’s written for the Aspen Times for nearly 30 years.

“The industry’s reaction to that column was the first time I realized that I was being watched closely and that my column might be perceived as a problem, so I never again addressed the industry in my column while I was reporting on it,” Colson said. But the damage had clearly already been done with some elected officials.

“I think John is a great guy,” Garfield County Commissioner Tom Jankovsky told The Colorado Independent. “I just think he editorialized instead of reporting. No, I did not call the paper and say, ‘You should get rid of this guy.’ I do know that there was [county] staff that talked to the paper, but [the commissioners] did not tell them to do that. It was more complaints about the quality of a piece.”

Judy Jordan, a former Garfield County oil and gas liaison who was fired after Jankovsky took office in 2011, said industry representatives had a direct pipeline to the county commissioners and often advised them on policy matters.

“My experience when I was at the board of county commissioners was that the industry wielded so much power, because they regularly called up the commissioners and told them what they wanted and what they should do, whereas regular citizens almost never do that,” Jordan said in a 2011 interview.

Garfield County is the second most drilled county in the state (David O. Williams photo).

A respected environmental scientist with decades of experience regulating various industries, Jordan now works for the U.S. Bureau of Safety and Environmental Enforcement in Washington D.C.

“I’m very sorry to hear that John was let go,” Jordan said in a more recent email. “I thought he was a gifted reporter and I hope he will be able to move into another position that will make good use of his talents.”

Trési Houpt, a former county commissioner whom Jankovsky ousted in the 2010 general election, said there is a pattern of the current three-member board bending to the will of the oil and gas industry.

“John did a tremendous job of bringing that investigative reporting back to the Post Independent,” Houpt said, “and it’s a huge loss for him to be gone. I’m not only disappointed in the Post Independent, I’m appalled that any type of media outlet would buckle to that type of pressure.”

Houpt, who also used to serve on the state’s chief regulatory board – the Colorado Oil and Gas Conservation Commission (COGCC) – contends that the state’s 64 counties already have a great deal of local control over drilling operations right up to the drill pad itself.

While split-estate laws provide subsurface mineral rights owners access to separately owned surface property for extraction purposes, Houpt says Colorado counties and towns can use zoning laws to dictate how and where drilling can occur. But the current Garfield County board of commissioners instead relaxed land-use codes last summer, she said.

“They’ve taken the side of the oil and gas industry in all disputes, in all issues at the local and state level,” said Houpt, who claims she was targeted by oil and gas industry campaign spending in 2010. “The commissioners don’t research the concerns that people have about the impacts or the potential impacts that oil and gas can have on water, air and land.”

“If the industry was calling the shots, then they would be driving up through Glenwood Springs and Four Mile Road for one thing,’ he said, referring to a proposed oil and gas haul route the county opposed near Sunlight Mountain Resort, a ski area Jankovsky manages.

Still. Jankovsky is unabashed in his pro-business campaign platform.

“What I said last election is I wanted to grow this economy and create jobs, and I said one of the ways to do that is support business,” Jankovsky said. “That’s where I come out of; I’m a business person.”

Garfield County, which is larger than both Rhode Island and Delaware combined, is home to more than 10,000 active oil and gas wells. It’s the top natural gas-producing county in the state, and at one point during the previous decade was producing 3 percent of the nation’s natural gas.

Keith Lambert, a former mayor of the town of Rifle who ran for county commissioner in 2004 as the gas boom was really heating up, said he appreciated Colson’s work and was sad to see him go. Like Houpt, Lambert said industry campaign spending defeated him in 2004.

“Even then the industry was weighing in with dollars,” Lambert said. “They were signing up the transient [oil and gas] workforce to vote at that point in time and continued to do so in 2008 and beyond. They’re exerting their influence. They have a presence here and are letting it be known that they have a presence here.”

Neighborhood activist Dave Devanney, who lives in the retirement community of Battlement Mesa, for years has fought drilling proposals in the subdivision.

“I consider John Colson to be a fair and objective reporter of the news regarding oil and gas drilling in Garfield County, and the community is not being served as well having lost his voice,” Devanney said. “It’s unfortunate that the oil and gas industry has that much control over the news that we read and listen to.”