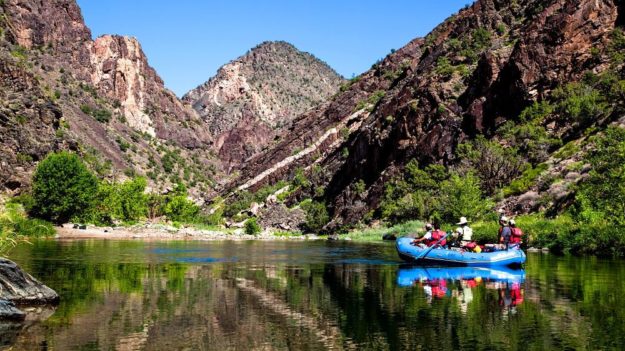 The Republican-controlled Congress on Sunday allowed the nearly 55-year-old Land and Water Conservation Fund that’s pumped more than $260 million into Colorado outdoor projects to expire despite bipartisan support for continuing to collect the revenues from offshore drilling.

“LWCF is a critical program that we can’t afford to lose,” Conservation Colorado’s Beau Kiklis wrote in an email on Saturday. “It contributes to local economies and jobs throughout Colorado, supporting the state’s $28 billion outdoor recreation economy and funding open spaces from national parks to urban gardens.”

Republicans with oversight over public-lands issues discounted criticism over stalled efforts to renew collection of the LWCF, which was first implemented in 1964.

“The program goes on, the program is funded,” said Rep. Rob Bishop, R-Utah, chairman of the House Natural Resources Committee, according to The Hill newspaper. Bishop is sponsoring a House bill to fund the program permanently. “It’s a fake issue. Anyone who throws that issue around obviously is doing that for political impact. It has no practical impact.”

But according to The Hill, Arizona Rep. Raul Grijalva, the top Democrat on the committee, disagreed: “It’s an ideological issue with [Republicans]. There seems to be no movement.”

The House won’t be back in session until after election day on Nov. 6, and while the LWCF has plenty of money in it at this point, it will reportedly no longer be collecting new revenues from offshore oil and gas drilling until the law is renewed – meaning any fees paid to the federal government will instead go directly into the general fund and not toward conservation projects.

A group of outdoor business representatives and conservation advocates met last week in Avon, with RealVail.com attending and filing the following story to the Vail Daily:

AVON, Colo. — A meeting of local business owners, policymakers and concerned citizens at Loaded Joe’s restaurant and bar Tuesday night turned into a bit of a history class on the role Vail’s founders played in preserving surrounding wilderness areas such as Eagles Nest, Holy Cross and the Flat Tops.

“We don’t exist without public lands — my town, my business, Vail ski resort. None of it exists without public lands, and I think it’s absolutely imperative that everybody realizes this legacy is something that we’ve inherited and that we have to protect — otherwise we’re not going to have it,” said Jonathan Staufer, owner of Grappa Fine Wine & Spirits in Vail.

Staufer’s father, Joe, was among the many Vail pioneers who helped spearhead the wilderness area preservation efforts of the 1970s and 80s. And Vail benefactor, frequent visitor and Beaver Creek homeowner Gerald Ford, the 38th president of the United States, signed the Flat Tops wilderness bill into law.

The bill is sponsored by Democratic U.S. Rep. Jared Polis in the House and Democratic U.S. Sen. Michael Bennet in the Senate, but it has yet to get a committee hearing in either chamber of the Republican-controlled Congress. Tuesday’s meeting also focused on Trump administration policies seen as anti-conservation and pro-development of the nation’s public lands.

COBA used the occasion to unveil a letter from 100 of the state’s outdoor businesses to Colorado policymakers urging them to push Congress for full and permanent reauthorization of the Land and Water Conservation Fund (LWCF), which is set to expire on Sunday.

Since the 1960s the LWCF has collected revenues from offshore oil and gas drilling and used them to conserve public lands and waterways. Since its inception the fund has provided more than $260 million for projects ranging from the Gunnison Gorge National Conservation Area and Cross Mountain Ranch on the Yampa River to urban parks such as Montbello Open Space Park.

“What’s really amazing about this program is that it spans all across the country from local government to state government all the way to the national level,” Conservation Colorado COBA organizer Beau Kiklis said. “So, it does everything from protecting our national parks by purchasing inholdings and creating access to state-level and local projects like bike paths that run along rivers, city parks, basketball courts, baseball diamonds.”

Local businesses signing the COBA letter include Cirque Mountain Apparel in EagleVail, QuietKat all-terrain, electric mountain bikes in Eagle and Weston Snowboards in Minturn. Notably, Aspen Skiing Co. – often out front on issues of conservation and climate change — also signed the letter. Vail Resorts is not one of the signatories.

But Vail Resorts does officially back the Continental Divide Recreation, Wilderness and Camp Hale Legacy Act, and several of the attendees on Tuesday expressed their desire for public lands preservation efforts to be nonpartisan and based on the economics of the growing outdoor recreation industry.

“It shows that this really should not be a partisan thing — this is a Colorado thing,” said state Rep. Dylan Roberts, a Democrat who lives in Eagle and represents Eagle and Routt counties in the State Legislature. “This is an economic thing and we all need to start thinking on that level and not politics. There were several Republicans here tonight – some more vocal than others.”

Republican publisher Michael Cacioppo, who unsuccessfully ran for Roberts’ seat in 2016 – partly on a platform of using public lands for workforce housing — turned the conversation to population growth and just how many more residents Eagle County can handle.

“This wilderness bill should be a no-brainer,” Dunahay said. “When Jared Polis first started this 10 years ago, I remember walking different sections of it and talking to people. So what’s a hundred thousand acres of Colorado? What difference does that make to anybody? This should be passed; there should be nobody against it. It should be passed immediately.”