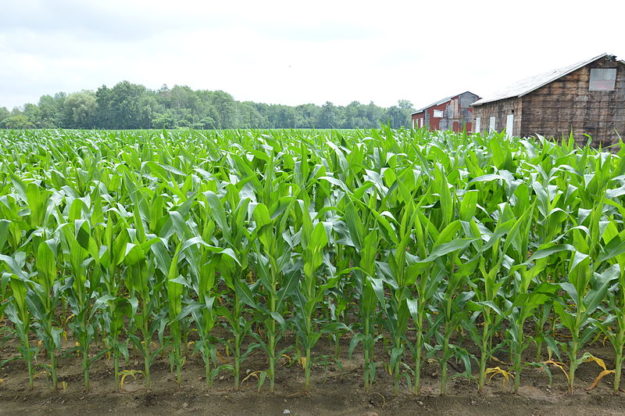 Colorado corn growers were all ears recently when President Donald Trump said his administration will likely allow for the year-round sale of gasoline containing 15 percent corn ethanol (E15) at gas pumps across America.

The EPA currently limits the sale of gasoline to 10 percent ethanol from June 1 to Sept. 15 due to concerns about increased ozone – something the corn ethanol industry disputes. The oil and gas industry, troubled by rising refinery costs, has been pushing for broader reforms to the Renewable Fuel Standard that mandates the blending of corn ethanol with gasoline.

The corn industry has been adamantly opposed to any changes to the RFS that decreases demand for corn ethanol, especially with agriculture exports in the crosshairs of threatened Chinese import tariffs in retaliation for a Trump crackdown on Chinese trade practices.

“The corn growers are encouraged by the fact that [President Trump] voiced his commitment to corn farmers and to rural America by allowing the sale of E15 all year-round,” said Kim Reddin, spokeswoman for the Colorado Corn Growers Association. “Frankly, it’s less confusion at the pump for consumers, more savings, and it continues to be an environmental benefit.”

The RFS was implemented under the Bush administration in 2005 and expanded in 2007 to provide a boost to the nation’s grain farmers while significantly increasing the amount of renewable fuels used for transportation. It was framed as a national security issue.

Critics say it uses a food source for fuel, but the industry disputes that notion.

“It is really intended to make us more efficient — better emissions, better for the environment. It’s a renewable fuel source,” Reddin said. “There’s some misunderstanding in general with corn, that it’s taking food off people’s plates. But it’s not a vegetable crop; it’s a grain crop that puts fuel into cars. That’s an important distinction to make.”

Sweet corn that makes up the bulk of human food products is very distinct from grain corn, Reddin added, and most grain corn is used to feed livestock.

Some analysts believe Trump was easing the fears of corn growers during an ongoing trade dispute with China that’s making the nation’s agriculture industry increasingly nervous.

In 2016, Colorado ranked 15th among corn-producing states, accounting for just over 1 percent of the nation’s overall production, according to the U.S. Department of Agriculture. But Trump’s moves toward all-out trade wars with China, Canada and Mexico would hit Colorado hard.

According to a recent Washington Examiner interview with U.S. Agriculture Secretary Sonny Perdue, exports to those three nations bring more than $3.2 billion a year into Colorado, with meat the state’s top export product at $1.2 billion in 2017. All that livestock eats Colorado corn.

Colorado corn growers had become increasingly nervous in recent weeks, with China threatening to impose tariffs on beef and pork imports to combat Trump administration moves to hit Chinese goods with higher tariffs in order to correct a trade imbalance.

“As an important source of feed for livestock, grain corn is also used to produce ethanol, a clean, renewable fuel alternative,” said Mark Sponsler, CEO of Colorado Corn. “Why would our nation want to squander the opportunity to build infrastructure capacity for clean and renewable fuel?”

“Agriculture is a critically important facet of our nation’s food security, our nation’s economy, as well as our nation’s energy independence,” Sponsler added. “Farmers are stewards of the land and environment; they practice sustainability through land conservation and preservation, and with the help of technology and science are able to produce more with less. The techniques available to farmers today are amazing.”

The oil-refining industry argues it’s too costly to continue blending ethanol, while also reducing the amount of refined gasoline the industry can sell. Oil industry opponents of the RFS say the program is broken and needs a comprehensive overhaul.

Strangely, some environmental groups are on the same side as the oil industry, arguing the RFS may actually be harmful in that it encourages converting wild grasslands to corn production instead of promoting other biofuels such as cellulosic ethanol produced from grass, wood, algae or other plants. New Mexico Sen. Tom Udall has introduced a bill to reform the RFS.

During his campaign in 2016, however, and even after he took office, Trump has consistently supported the continued production of corn ethanol under the RFS. issue paying very close attention.