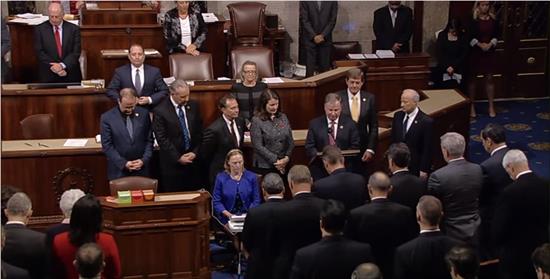 U.S. Rep. Doug Lamborn, a Colorado Springs Republican who has represented the city in the state’s Fifth Congressional District since 2007, has repeatedly expressed sympathy for the victims of last Friday’s shooting rampage at a Planned Parenthood clinic in his hometown.

On Tuesday, with Democrat Diana DeGette on his right and Republican Mike Coffman on his left, Lamborn asked for and then observed a moment of silence on the House floor, but a week after the shootings that left three dead and nine wounded, Lamborn has largely avoided the political firestorm over the rampage and any links to ongoing and heated GOP criticism of the women’s health program.

Lamborn immediately called for prayers for the family and friends of slain University of Colorado-Colorado Springs police officer Garrett Swasey. And then on Sunday he offered condolences to the friends and family of the other two victims, Jennifer Markovsky and Ke’Arre Stewart, reportedly an Iraq War veteran.

Through a spokesman last weekend, Lamborn, who has repeatedly called for the defunding of Planned Parenthood in the wake of controversial videos released over the summer, declined to address the issue. Lamborn did initially acknowledge the possible political ramifications of the attack.

“As speculation swirls about a possible motive in today’s shooting, we must remember that senseless violence should never be used to settle differences of conscience or political opinion,” Lamborn posted on his Facebook page Friday.

Shooter Robert Lewis Dear, according to anonymous police sources, said “no more baby parts” after his arrest, according to the Associated Press and NBC News. That might be a reference to the videos critics say show Planned Parenthood employees discussing the sale of fetal tissue.

Lamborn declined to address initials comments from Planned Parenthood in the Rocky Mountains CEO Vicki Cowart’s decrying extremists who are “creating a poisonous environment that feeds domestic terrorism in this country” or President Barack Obama calling for tighter gun control laws in the wake of the latest American mass shooting.

In a Sept. 29 statement backing a bill to give states more flexibility in allocating Medicaid funding to organizations that provide abortion services, Lamborn said “the brave whistleblower videos from this past summer have opened the eyes of a nation to atrocities being committed against the unborn.”

DeGette this week penned a guest column for the Huffington Post in which she called on anti-choice activists and politicians stop using the kind of “vitriol that may have inspired last Friday’s shootings.”

“I certainly do not think that my colleagues intended to condone or encourage violence,” DeGette said. “Still, the connection between the words used by both public officials and the alleged shooter is chilling, and it demands that we examine the vitriol used in debates about women’s reproductive health, particularly coming from anti-choice activists.”

“Those running for president and those of us in leadership roles in our country’s major political parties have an obligation to denounce these attacks and clearly say that violence and intimidation in the pursuit of ideology are not acceptable in America,” Wasserman Schultz said.

“Today and every day, we ‪#‎StandWithPP,” Clinton posted on social media Friday, promoting a hashtag supporting Planned Parenthood, but GOP president candidates were slow to address the attack. Obama on Saturday decried the “easy accessibility of weapons of war on our streets to people who have no business wielding them.”

Neighbors and former acquaintances of Dear told The New York Times they weren’t surprised he went on a shooting rampage.

In an early November phone interview with The Colorado Statesman, Lamborn acknowledged the sad irony of Iraq War veteran Andrew Myers, who survived three deployements, being shot and killed in a Halloween weekend massing shooting that left three dead near downtown Colorado Springs. But he also took issue with Democrats politicizing such shootings.

“The rhetoric from the Democrats shows that they’re drifting further and further to the left, and that’s going to hurt Hillary Clinton in the general election,” Lamborn told The Statesman, adding the common denominator in most mass shootings seems to be mental instability.

“I still don’t have all the facts behind this person’s motivation and prior history [in the Halloween shooting], but I do think mental health is a big problem in this country because that seems to be the basis of a lot of these mass shootings,” Lamborn said earlier this month.