A dedication and commitment to enhancing the educational opportunities for all children in Eagle County will be celebrated December 6 when Amy and Steve Coyer are honored with the Vail Valley Foundation’s 2014 Citizens of the Year Award. The presentation will take place at the nonprofit organization’s annual Black Diamond Ball at the Ritz-Carlton Bachelor Gulch. 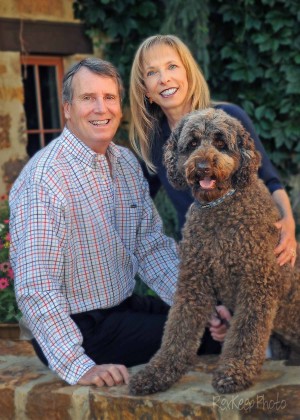 “Amy and Steve Coyer are most certainly a catalyst of change within this community,” explained Ceil Folz, president of the Vail Valley Foundation. “Ever since moving to Vail, they have naturally taken on key leadership roles in helping to promote the educational and overall wellbeing of all citizens in our valley. We are delighted to honor Amy and Steve for their numerous accomplishments as the 2014 Vail Valley Citizens of the Year.”

Both born in Detroit, Michigan, Amy attended Harvard University, where she received her bachelor’s degree in Economics, while Steve attended the University of Michigan, also studying Economics. They both moved on to Harvard Business School where they received their master’s degrees.

Following graduation, Amy launched a retail business, building it into a successful small chain in major shopping malls before selling it in 1999 when she and Steve moved to the Vail Valley on a permanent basis. Steve was a minority owner and president of an information database company before retiring in 1990 and starting a second career as an amateur golfer, playing in the 1998 British Amateur among other tournaments.

During this same time, Amy became involved with the Youth Foundation’s Magic Bus program, volunteering as a teacher on the bus. Many of the children she worked with are now in middle school where she continues to interact with them as a 6th grade tutor at Berry Creek Middle School.

As a result of their involvement with the Youth Foundation, the Coyers became deeply involved with the Extended Learning concept that current Vail Valley Foundation Vice President of Education Melisa Rewold-Thuon was implementing at Avon Elementary School in conjunction with the Foundation’s PwrHrs initiative. In addition to serving as a key PwrHrs donor, Amy and Steve are also funding a computer tablet trial program for 5th graders at Avon Elementary that provides all students with a tablet to incorporate into their daily curriculum.

The couple is also committed to early childhood development and education initiatives that underscore the importance of developmental programs, beginning at birth and continuing up to the time when a child enters school.

In addition to their involvement with the Youth Foundation and the Vail Valley Foundation, Amy and Steve are also proud supporters of the Vail Valley Medical Center, Walking Mountains Science Center, Bravo! Vail Music Festival, the Vilar Performing Arts Center, the Bright Futures Foundation and the Educational Foundation of Eagle County. They are also significant supporters of the Juvenile Diabetes Research Foundation, becoming involved when their nine-year-old nephew was diagnosed with the disease.

Tickets for the 2014 Black Diamond Ball are currently available online at www.vvf.org.