Here’s the full press release from the Colorado Ski & Snowboard Hall of Fame, which will once again hold its induction ceremony in Vail in October: 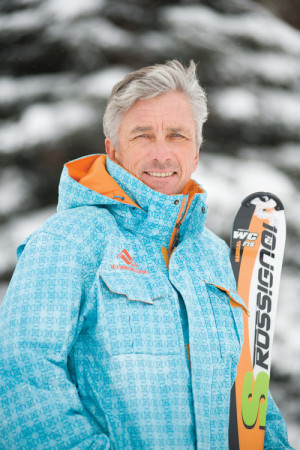 The votes have been cast and counted and now the Colorado Ski & Snowboard Hall of Fame begins preparations to welcome its Class of 2016 as the six new members will be formally inducted later this year.

In addition, the late Bob Craig, renowned alpinist, founder of the Aspen Institute and founder of the Keystone Center; and Charles Smith, a true pioneer in engaging Colorado’s minority ski community, will be inducted to the Hall of Fame as 2016 Pioneer selections.

“We are extremely excited about our incoming Hall of Fame Class,” offered Susie Tjossem, Executive Director of the Colorado Ski & Snowboard Museum and Hall of Fame.  “We have all aspects of snow sports represented, with athletes, sport builders and a pair of true pioneers.”

The Colorado Ski & Snowboard Hall of Fame Class of 2016 will be officially enshrined on October 1 during the organization’s annual Induction Gala, hosted at the Vail Marriott Mountain Resort.

Hall of Fame candidates are nominated under the established criteria of the Athlete, Sport Builder, Inspirational or Pioneer categories, with the Hall of Fame Nomination Committee evaluating and confirming the nominees to move on to the final ballot.

Lodwick ranks as one of the most successful Nordic Combined skiers this country has ever produced.  During the course of his international career, initially spanning from 1993 to 2006, he participated in six World Championships, four Winter Olympics and 162 World Cup events, with a total of 28 World Cup podiums, including six wins.

He returned to competition in 2008, winning two gold medals the following winter, at the World Championships in Liberec, Czech Republic.  He captured his first Olympic medal with a silver in the Team Event in 2010 at the Vancouver Games and, in recognition of his illustrious career, his teammates selected him to carry the U.S. flag at the Opening Ceremony of the 2014 Games in Sochi, Russia.

While many will tout Evans’ war record, and it is notable history, including being awarded the Silver Star for valor, he is also one of the pioneers of Colorado skiing from a time when the purpose of skiing was much greater than recreation.  The development, testing and practical application of equipment and techniques conducted in wartime directly influenced skiing development in peacetime.

His experience, success and drive have allowed Evans to inspire and provide opportunity for others to enjoy the mountains.  By helping to develop and direct the 10th Mountain Division Hut and Trail system, and administer programs and funding through the 10th Mountain Foundation, he and others have opened up the backcountry to all ages and abilities.

Radamus has been a leader in the ski and snowboard competition arena for more than 30 years, holding key management roles in numerous governing bodies that oversee the sport of ski racing.  As a ski coach, he served five tours in varying capacities with the U.S. Ski Team, most notably as head women’s Slalom and Giant Slalom coach at the 1985 World Championships.

Under his leadership, Ski & Snowboard Club Vail entered into a partnership with Vail Resorts to build and operate the world’s leading early season training venue at Golden Peak, with private funding responsible for the purchase of the state of the art snowmaking system.  Radamus also spearheaded the first dedicated public school snow sports academy in North America in Minturn, Colorado.

Dunn-Downing was an early innovator in snowboarding, both as an athlete and as a sport builder. She started snowboarding at an early age, and went on to dominate the competition with 2 ISF World Halfpipe Championship titles, a FIS World Cup win and X-Games Halfpipe titles, culminating in winning the bronze medal in the first Olympic Halfpipe event in Nagano in 1998.

Dunn-Downing also has the distinction of having helped create the first women’s specific snowboard with Tom Sims, as well as co-creating the first women’s specific clothing brands, Prom and Tuesday. A pioneer in all aspects of women’s snowboarding, Dunn-Downing co-founded the Boarding for Breast Cancer non-profit foundation, educating young women about breast cancer at an early age.

Craig, who passed away in January of 2015, was a modern Renaissance man and renowned mountain climber, blessed with the vision to become the Chief Operating Officer of the Aspen Institute, as well as co-founding the internationally famous Aspen Center for Physics.  Moving to Summit County in the mid-70’s, he was given the opportunity to launch the Keystone Center, while finding a home for the Keystone Symposia after it left UCLA in 1990.

The Keystone Center has gone on to become the premier conflict resolution enterprise and field science school for children in the U.S.  Prior to his retirement from the Center in 1997, Craig was invited to join the board of the Summit Foundation.

A native of Texas, Smith moved to Denver for a summer job and never returned.  He discovered the skiing with a group of friends at Loveland in 1966 and immediately fell in love with the sport, although he noticed very few African Americas at the resorts in the early years.  Then, in 1972, he met Bryce Parks and Floyd Cole, who would go on to organize the Slippers-N-Sliders Ski Club, with a primary objective of promoting skiing in the minority community.

Smith reached out to inner city kids who could not afford the clothing, equipment or ski passes and, through is fundraising activities and generous in-kind contributions from merchants, every child was properly clothed, equipped and funded.  From 1974 to 1999, he served as Program Director for the Ski for Kids program that introduced 1,500 kids to the sport of skiing.