As they enter their 15th year, the GoPro Mountain Games have firmly taken the title as the most popular mountain adventure sports and lifestyle event in the world. The event boasted more than 62,000 spectators and 2,500 athletes in 2015, and all signs are pointing toward this year being even bigger and better when the event comes to Vail June 9-12 and features free music from reggae legend Stephen Marley at Ford Amphitheater. 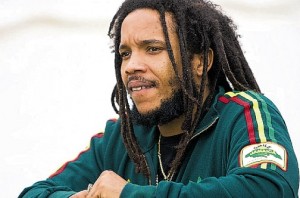 “Music and nightlife have been a major ingredient in that formula for success,” said Dave Dressman of the Vail Valley Foundation, which organizes the event.

“You can compete in the kayak events alongside the world’s best, and then check out a free concert while your hair is still drying off. It’s really the ideal mountain weekend all in one place, at one time,” Dressman said. “It’s a dream weekend for mountain people – play hard during the day, play even harder at night.”

The concerts are free, but athletes who want to compete during the event can register now to get ‘early bird’ discounts, and to guarantee themselves one of the notorious athlete gift bag, at www.mountaingames.com. Dressman said it is the earliest the bands have been booked for the event in recent memory.

On Thursday, June 9, J Roddy Walston & The Business kick off the weekend series with their American rock vibe and sound. New Zealand roots reggae band, Katchafire, is set to perform on Friday, June 10. On Saturday, June 11, music expands into the iconic Gerald R. Ford Amphitheater as BONFIRE dub opens for reggae legend Stephen Marley. This is the first time a GoPro Mountains of Music concert has been held in the Ford Amphitheater since the Vail Valley Foundation began organizing the event in 2009.

Stephen Marley, also known as “Ragga Muffin”, was born in 1972 to the legendary Bob Marley and Rita Marley. He performed live on stage with his father and brother Ziggy in 1980, and continued his musical career as a member of Ziggy Marley and the Melody Makers. He released his first solo album, “Mind Control,” which won him a Grammy for Best Reggae Album in 2007, and since then has become well known as a guardian of his father’s timeless reggae lineage, even while creating his own sound and style.

Stephen Marley’s June 11 performance at the Gerald R. Ford Amphitheater will be made all the sweeter by opening act and Vail Valley favorite BONFIRE dub, who have made their mark all throughout the Rocky Mountains with their mix of reggae, folk, and rock. Tracksuit Wedding and a band TBD will also open for Katchafire on Friday, June 10.

Roddy Walston and the Business formed in 2002 in Cleveland, Tennessee, and instantly blazed a trail that blends the worlds of alt-rock and straight rock. The band builds off a formula of heavy hooks and elegant melodies to reveal an affinity with music like Led Zeppelin, pre-disco-era Bee Gees, The Replacements, Randy Newman, and the Southern soul outfits that once populated the Stax Records label. Their third album, Essential Tremors, has a rumpus, rocking feel that makes for a perfect blend of mountain music that feels like its part Colorado and part Tennessee.

These acts will bookend a performance from Katchafire, a New-Zealand-based band that’s already lighted up the Southern Hemisphere with an original and inspired reggae sound. The popular group brings a Polynesian feel to their Jamaican-inspired riffs and lyrics, and their latest album, Best So Far, is out now.

The Go Pro Mountains of Music series is part of the GoPro Mountain Games, which boasts more than 25 different competitions in nine disciplines, including trail running, a half marathon, kayaking, SUP, rafting, mountain biking, road biking, disc golf, slacklining, fly fishing, DockDogs and photography – all in one prime location in the heart of the Rocky Mountains.

New this year, the GoPro Mountain Games will welcome the Yoga Girl Experience with Swedish native and ‘Yoga Girl’ Rachel Brathen. Brathen will host two 90-minute yoga sessions on June 10 and June 11, followed by a Q&A session. Tickets start at $40 for early registrants. More information is available at www.mountaingames.com. Also new this year will be the Superfeet Après 5K, a more casual companion to the classic Superfeet Trail 10k-ish run this year, and a new-and-improved Mountain Mud Run will have exciting and challenging twists meant to invite competitors old and young to dive into the dirty action.