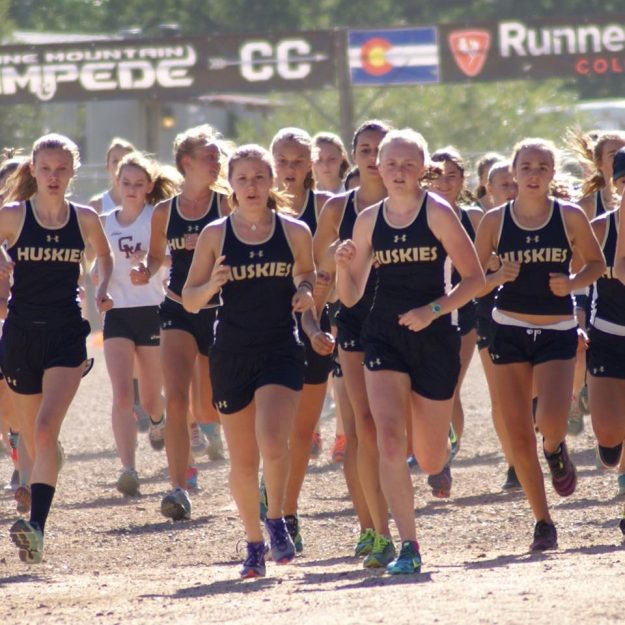 There is no Battle Mountain football game this weekend, which frees everyone up to come watch one of the most inspiring athletic events of the school year for the Huskies and everyone who supports Husky Nation: The 6th annual Eric Spry Memorial 5K Run/Walk at Beaver Creek on Saturday, Sept. 3.

It’s the home meet for the Battle Mountain Huskies cross-country running team, which is consistently one of the best 4A programs in Colorado. The high school race starts at 10 a.m., Saturday, and then it’s time for me to shine in the open race at 1 p.m., where I hope to resume my grudge match with Vail Mountain School alumnus Tom Boyd, who soundly defeated me last year on the somewhat brutal course.

But this year I’ve been training a little harder, and so has my son Nick and the rest of the Battle Mountain squad that’s coming off of second-place (girls) and sixth-place (boys) team finishes last weekend at the Cheyenne Mountain Stampede pre-state meet in Colorado Springs – also a very tough course (thanks for the great article, Chris Freud).

Beaver Creek adds quite a bit of altitude to the mix on Saturday and takes runners up a pretty steady climb over the first half of the 5K (3.1 miles) course. It doesn’t sound like much, but you start in Creekside Park and wind up climbing above the top terminal of the Buckaroo Express Gondola.

The course is being touted by MileSplit National as one of the toughest in the nation, and you can help procure that designation with some quality video. It’s lung- and gut-busting, trust me, but don’t be intimidated (note the walk portion of the run/walk format).

The Huskies will have home-course advantage and hopefully a large and enthusiastic cheering contingent, but what makes this event truly special is that the open race is a fundraiser for both the Battle Mountain cross-country team and the Eric Spry Memorial Scholarship Fund.

I did not know Eric because I believe he graduated in 2009, well before Nick became a Husky in 2014, but from what I read about him and from what I’ve heard about him through cross-country coach and now principal Rob Parish is that Eric was an exceptional young man.

Eric apparently stood out among even the stellar group of gifted and dedicated athletes and students who typically comprise the team. He was a leader and community volunteer who seemingly made every day on Earth count.

Eric died of pneumonia during his sophomore year at Colorado State University in 2011, and if you want to know more, read an excellent biographical obituary on him by Randy Wyrick in the Vail Daily.

I plan to run extra hard on Saturday at 1 p.m. to honor Eric’s legacy, which will hopefully live on forever in the form of this amazing race. Please come out for the open and do the same. It’s $25 if you register online today or Friday on the Vail Recreation District website at www.vailrec.com, or $35 the day of the race.

It’s truly a family-friendly event, and my wife Kristin and younger son Rennick will be run/walking in the open division as well. Middle son Max goes off at 1 p.m. in the middle school race for Berry Creek Middle School (go Wildcats!) and again, all open division entries benefit the Huskies and the Eric Spry scholarship.

The Eric Spry Memorial Scholarship Fund is listed among the Vail Valley Foundation’s YouthPower365 “Dollars for Scholars” programs, which I mention because Tom Boyd is the spokesman for the Foundation and therefore has an obligation to run this race and try to beat me again this year, which he should be able to accomplish easily given his 10-year age advantage.

Eric Spry used to like to quote running legend Steve Prefontaine, and so I offer his favorite quote to Boyd and anyone else on the bubble about entering Saturday’s 1 p.m. open race: “To give anything less than your best is to sacrifice the gift.”

I also think I used to say that to Tommy when he was my sports editor and I was editor of The Vail Trail. See you all Saturday at the start line. This one’s for Eric Spry and Husky Nation!