The body of man believed to believed to be missing hiker James C. McGrogan was found by a trio of back-country skiers today in an ice fall below the Booth Falls area north of Vail, according to the Eagle County Sheriff’s Office. 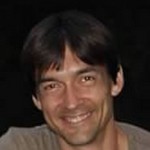 “It is believed that the deceased male may be James C. McGrogan, age 39, of Chesterton, Ind., who went missing in this area back on March 14,” the sheriff’s department stated in a short press release Thursday night.

McGrogan was reported missing after he became separated from his group while hiking to the Eiseman Hut. Search and rescue efforts were called off after an exhaustive search lasting five days with no clues to aid in locating McGrogan.

Booth Falls is located approximately four and a half miles east of the trail that leads to the Eiseman Hut. This area was searched by aviation and ground crews during the five-day search for McGrogan.

The Eagle County Sheriff’s Office, Vail Police Department and Vail Mountain Rescue Group worked collaboratively on today’s incident. The identity of the deceased and the cause of death will be determined and released by the Eagle County Coroner’s Office.