The Vail Valley Foundation Monday announced Tom Boyd as the new Director of PR and Communications. He replaces outgoing VP of Communications John Dakin, who held the post for 28 years.

Boyd brings 15 years of media experience to the job, including work as a media specialist at Olympic events in Torino, Vancouver, Innsbruck and Nanjing. He was born and raised in Vail, was a reporter and editor at the Vail Trail newspaper from 2000-2005, and his writing and photography has appeared in publications like the Rocky Mountain News and the Denver Post throughout his career. Boyd is a founder of RealVail.com, and he has spent the past eight years based in Denver working in communications for non-profits and social enterprises. 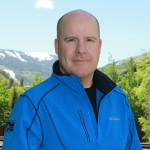 “In Tom we have found a media expert and an excellent communicator, with ample experience in our areas of need, but we’ve also found someone with lifelong ties to the Vail Valley,” said Vail Valley Foundation President Ceil Folz. “We are excited to work with him as we take the Foundation into its next chapter.”

Dakin leaves behind a strong legacy of work with the Foundation, which began during the lead-up to the 1989 Alpine World Ski Championships in Vail and Beaver Creek. Dakin filled many roles throughout his years and acted as a spokesperson for the Foundation and the Vail Valley in spotlights large and small. Although he is best known for his work as the MC of numerous ski racing events, Dakin also helped define the Foundation as it fulfilled its mission to provide leadership in educational, athletic and cultural endeavors.

Dakin will move on to a new position as Vice President of Communications at the Colorado Ski and Snowboard Museum and Hall of Fame.

“John has an institutional knowledge of our organization and our events that isn’t likely to ever be surpassed,” Folz said. “He has an incredible work ethic, a great eye for detail, and he has always provided a balanced perspective for all of us at the Foundation. Although we will miss having him on board on a daily basis, we look forward to staying in close touch as he takes on a new role at the Colorado Ski & Snowboard Museum and Hall Of Fame.”

Boyd is the son of former Director of the Vail Public Library, Susan Boyd, and former ski patrolman and homebuilder Steve “Louie” Boyd. His parents came to the Valley in the ’60s, where they raised Boyd along with his sister, Caitlin, and his brother Steve. Tom met and married his wife, Renee, while living in Vail, and they now have two sons, Alex (one), and Tyler (three).

“The Foundation is an organization that I hold in the highest esteem,” Boyd said. “Like a lot of folks, my first encounter with it was as a fan at the Alpine World Ski Championships. Later on I discovered that their work is even more far-reaching and impactful than I had imagined. It really is an honor to be joining the team and helping bring attention to the diverse and dynamic work being done every day at the Foundation.”

Boyd’s first assignment will be to help highlight the action at the GoPro Mountain Games, which take place June 4-7 in Vail. For more information visit http://www.mountaingames.com/summer.