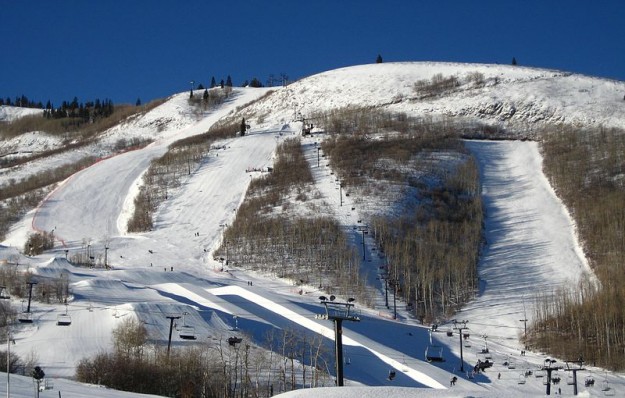 Vail Resorts today announced a $182.5 million deal to buy all of the lifts, base-area facilities, parking and water rights at Park City Mountain Resort, ending a long and dramatic legal battle that until recently threatened to keep the iconic Utah ski area closed or the 2014-15 season.

Now Park City’s 3,300 acres can be connected next season to the adjacent 4,000 acres at Canyons Resort, which has been operated by Vail Resorts since 2013, and both will be on Vail’s $749 Epic Pass for the coming ski season.

The Park City/Canyons connection, slated for 2015-16 pending city and county approvals, will make it the largest interconnected ski complex in the United States at more than 7,000 acres and could eventually be the first step in a seven-resort, 18,000-acre ski network called One Wasatch.

Vail in 2013 inked a 50-year lease deal with Canadian real estate firm Talisker Land Holdings, LLC, which owns the land under the Canyons and more than 2,800 acres of the upper terrain at Park City. Vail agreed to pay $25 million a year, which included the rights to run Park City.

Vail took over litigation of a complicated lawsuit dating back to 2011, when Park City owner Powdr Corp., which also owns Copper Mountain in Colorado, missed a deadline to renew its $155,000-per-year lease on Talisker’s land at Park City. Powdr sued Talisker when the landowner tried to increase the annual lease payment.

Last Friday the judge ruled Powdr must put up a $17.5 million bond for one season of rent and attorneys’ fees to stay on the land this ski season while appealing his earlier ruling to the Utah Supreme Court.

Powdr on Tuesday appeared to be willing to pay the bond and continue the fight but that all changed with today’s surprise announcement of Vail’s $182.5 million purchase of Park City’s base facilities, lifts and about 500 acres of land.

Vail Resorts, Inc. (NYSE: MTN) today announced that the Company has acquired Park City Mountain Resort (PCMR) from Powdr Corp. for $182.5 million in cash, subject to certain post-closing adjustments. The acquisition includes all of the assets of Greater Park City Company (GPCC), the land used for ski terrain at the resort held by Ian Cumming, and certain base parking lands owned by Powdr Development Corp., which have approved zoning for approximately 687,000 square feet of residential and commercial development. The acquisition does not include the Gorgoza tubing operation, located approximately 10 miles from the resort, which will be retained by Powdr Corp.

With the acquisition, all aspects of the previously disclosed litigation with respect to PCMR have been settled and this dispute will no longer pose any future threat to disrupt the operation of the resort.

“Park City Mountain Resort is one of the most spectacular mountain resorts and iconic brands in the ski industry and I am proud to have the resort become a part of Vail Resorts. The acquisition will allow us to immediately bring Park City Mountain Resort onto the Epic Pass, which will now offer skiers from across the country and around the world access to 22 resorts, including Canyons in Park City, Utah; Vail, Beaver Creek, Breckenridge and Keystone in Colorado; and Heavenly, Northstar and Kirkwood in Tahoe. We look forward to working collaboratively with the entire Park City community, as well as city and county officials, as we chart the future for the resort, including how we can best bring the Canyons and Park City ski experiences together to create the largest mountain resort in the United States,” he added.

Blaise Carrig, president of Vail Resorts, will act as interim chief operating officer for the resort.

“We understand that this acquisition represents a change for all of the employees of PCMR and I look forward to working with everyone on the PCMR team as we develop a vision for the future of the resort,” said Carrig.

The Company also announced that due to the acquisition of PCMR, it expects $35 million in incremental EBITDA in Fiscal Year 2015, excluding any transaction and transition costs. The Company anticipates additional contributions from the acquisition in future years, particularly after it can connect the experience of the two resorts together. The Company expects the acquisition to provide significant tax benefits over the next 15 years, including an average of approximately $12 million in additional annual taxable depreciation and amortization expense through Fiscal 2021. The Company will be making additional comments on PCMR and the Company’s outlook in its 2014 fiscal year-end investor conference call on Sept. 24.

Park City Mountain Resort offers terrain for every type of skier and snowboarder, from perfectly manicured groomers to powder-filled bowls and some of the industry’s most progressive terrain parks and half pipes. Located in the heart of historic Park City, Utah-one of the country’s greatest ski towns-PCMR was named the fifth best resort in North America by readers of SKI Magazine in 2014. The mountain resort’s 16 lifts serve 114 runs, nine powder-filled bowls, four terrain parks and two half pipes. The mountain also offers many summer adventures including one of the world’s longest alpine slides, a nearly 4,000-foot long alpine coaster, zip lines and more than 70 miles of hiking and biking trails. Together with Canyons, the combined resort will offer over 7,000 acres of skiing and will be the largest ski resort in the United States.