Due to a number of gender-based challenges, women may be playing catch-up when it comes to investing for retirement and other long-term financial goals.

Women continue to represent a growing share of household income. More than one-third of married women earn more than their husbands1 and 40% of women with children are the primary breadwinners in their families.2 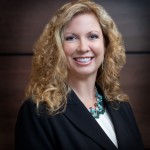 But even high net worth women cannot escape the gender-based challenges that may hinder their ability to ensure financial security in their later years. Consider the following factors affecting women as they invest for long-term financial goals such as retirement.

What does this mean to you? Simply that all women — whether single, married, divorced or widowed — should make investing for long-term financial goals a lifelong endeavor.

4Source: AARP Public Policy Institute, “Understanding the Impact of Family Caregiving on Work,” October 2012 (based on 2009 data, most recent available).

5Source: EBRI estimates of data from the Current Population Survey, March 2011 Supplement (based on 2010 data, most recent available).

If you’d like to learn more, please contact Shelley Ford, a financial advisor with The Pelican Bay Group of Morgan Stanley Wealth Management in downtown Denver. Shelley can be reached at 303-572-4839 or visit http://www.morganstanleyfa.com/pelicanbaygroup/story.htm.

The information contained in this interview is not a solicitation to purchase or sell investments. Any information presented is general in nature and not intended to provide individually tailored investment advice. The strategies and/or investments referenced may not be suitable for all investors as the appropriateness of a particular investment or strategy will depend on an investor’s individual circumstances and objectives.  Investing involves risks and there is always the potential of losing money when you invest. The views expressed herein are those of the author and may not necessarily reflect the views of Morgan Stanley Wealth Management, or its affiliates. Morgan Stanley Smith Barney, LLC, member SIPC.