One Vail climber dead, another injured on North Maroon Peak near Aspen

Search and rescue crews found one Vail climber dead and another injured but still alive near Aspen’s iconic Maroon Bells on Friday. 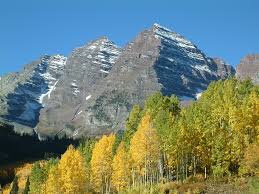 The surviving climber is David Richardson, 32, also from Vail.

At 12:45 p.m., Mountain Rescue Aspen found Wetherell’s body in the upper portion of a section of North Maroon Peak commonly known as the “Rock Glacier.”

The pair had been reported missing by a friend in Vail late Wednesday after reaching the summit of either North or South Maroon Peak but failing to report back in.

Rescuers found no sign of the missing climbers or indication of what route they had taken on Thursday.

Weather conditions slowed the search, but a break in the weather on Friday allowed rescuers to continue their search by HAATS helicopter.

The extent of Richardson’s injuries were still being evaluated, according to rescue officials.