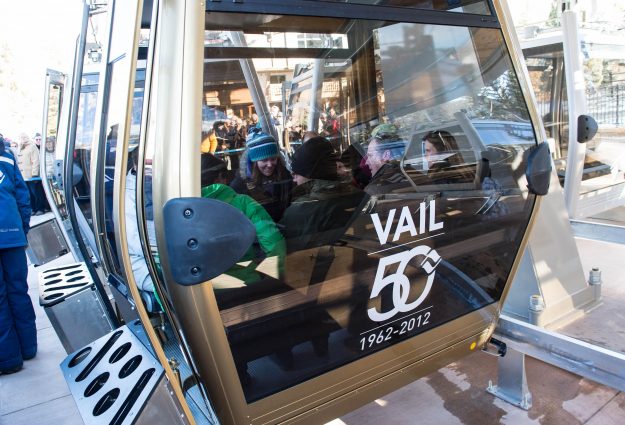 Vail’s Gondola One, built by Leitner-Poma, which manufactures ski lifts in Grand Junction.

Colorado has never been a major hub of manufacturing. Its cities will never be mistaken for those in America’s Rust Belt industrial heartland, and most Coloradans are fine with that since many of them moved here to escape commercial congestion on the East Coast or in the Midwest.

But Colorado towns and small cities, especially in rural areas of the state on the Western Slope or Eastern Plains, have struggled in recent years to build sustainable economies that aren’t overly dependent on the boom-and-bust cycles of energy extraction or agriculture. 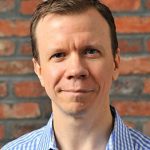 And that’s where small to mid-sized manufacturing companies may be able to step in and help fill the employment void with jobs that pay well compared to service-sector or tourism positions, according to the Alliance for American Manufacturing.

In fact, the growing trend of locally sourcing everything from fruit and meat to wine, beer and spirits could help create a demand for an even greater diversity of products that could be manufactured in towns hard-hit by plummeting oil, natural gas and coal prices, AAM President Scott Paul recently told the Rocky Mountain Post.

“One of the economic development strategies that I think makes sense for almost everywhere is to try to attract some scale of manufacturing that’s appropriate. You’re not going to get an auto assembly plant on the Western Slope – that seems highly unlikely – but the idea of ‘locally-made’ now is a powerful one,” Paul said.

Gear for Colorado’s booming outdoor recreation industry, for example, can and should be produced in places struggling to replace energy-sector or construction jobs in the wake of the Great Recession, Paul said.

“There’s kind of a logical sequence about how this localization works, and it starts with farmers’ markets and locally-sourced foods, restaurants and stores, and then craft beers and distilleries … and handmade crafts are another more tangible element,” he added. “Then moving up the chain a bit, locally-sourced products that are going to be in demand locally are the next logical step.”

In recent interviews with the RouteFifty.com, both former Gov. Bill Ritter and current Colorado Gov. John Hickenlooper have spoken about the state’s obligation to retrain and repurpose highly skilled mine workers displaced by plummeting coal prices. Paul says those workers could move into manufacturing if jobs can be created in places like Hayden, Craig and Delta.

Those Western Slope coal-mining towns also happen to be near major ski resorts and are popular destinations for outdoor recreation enthusiasts for everything from hunting and fishing to Jeeping, biking and boating.

“It just so happens that people who are interested in outdoor activities, many of them also have a commitment to localization or sustainability or something else that may drive them toward purchasing a locally-made product,” said Paul, citing the example of a hunting knife manufacturer in Idaho.

“There is this mutual attraction that occurs between communities and regions and the types of manufacturing that it will support,” he added. “Communities are going to try to match with what makes sense for them, and manufactures will do the same, but it’s sometimes finding that market that’s the really interesting thing, or developing it based on local strengths.”

States, cities and towns have to meet companies halfway, though, says Paul, who advocates for tax and other types of incentives to lure appropriately scaled industry to areas in need of an economic boost.

State Sen. Ray Scott, a Republican from Grand Junction who works in the home-building industry, says that’s exactly what he had in mind last year when he sponsored and successfully passed his “Jump Start” bill modeled after a New York program that creates tax-free zones in economically depressed areas to stimulate entrepreneurship and manufacturing.

“Government can’t create a job,” Scott said in an interview with Rocky Mountain Post last legislative session. “All we can do is carve a pathway through the regulation or tax or whatever it might be to allow entrepreneurs and capitalists to get out there and do their thing.”

Scott spoke of a biodegradable bottle manufacturer looking to utilize the program and locate in Palisade, but he also mentioned other companies interested in setting up shop in Mesa County, home to Grand Junction. The program was announced at a press conference at Colorado Mesa University, which can provide a key training conduit for skilled workers.

“A lot of communities are looking at how do we diversify and how do we attract some of the new stuff that’s going on out there? Technology’s not slowing down a bit, so how do we attract those people?” Scott said.  “A state’s no different than a business. We’re competing with 49 other states for companies to come here, so we have to put our marketing caps on.

“We have to keep coming up with those things and be creative, and hopefully Jump Start is one example of how you get creative and how you have some impact.”

Partnering with colleges, universities and even high schools to help train the local labor force is critical, Paul says, as is building out infrastructure for broadband, transportation and energy to accommodate some level of manufacturing.

“It makes sense from an economic and national security perspective to have a president who believes in manufacturing and thinks it’s an important part of our economic development future in the United States and not that it’s just part of the past,” Paul said.