Newly elected state Sen. Kerry Donovan, a Vail Democrat, will have to work in the minority this coming state legislative session after Republicans took control of the upper house with an 18-17 margin in Tuesday’s general election.

Donovan narrowly won the Senate District 5 seat that includes Eagle County, but the GOP won key Front Range districts that turned over control of the state Senate. The outcome was still in doubt until Saturday morning as ballots were still being counted in Adams County.

On Friday, it was announced Democrats retained control of the state House. 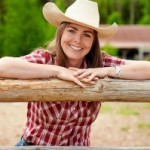 But Saturday morning, in a an email blast, Democrats conceded control of the Senate. Here’s Saturday’s press release from the Colorado Senate Majority (soon to be minority for the January session of the Colorado General Assembly in Denver):

DENVER — The Colorado Senate has just flipped party control, from 18 Democrats and 17 Republicans to 18 Republicans and 17 Democrats.

The Democrats congratulate and welcome all the new and re-elected members of the Colorado Senate.

The Senate Democrats plan to move forward in the fight for good jobs, a high-quality education, affordable college, and a secure retirement.  It is up to the new Republican leadership to decide if they share those priorities as well.

The Democratic caucus plans to do whatever possible to block efforts to take the state backward with respect to economic growth, women’s rights, LGBT equality, the environment and workers’ rights.

While the loss of this one seat changes which party is in control of the Senate, the Senate Democrats had many victories in this election, including winning back both recall seats, winning 2 out of 4 very difficult seats in Jefferson County, and winning the rural seat on the Western Slope.

“After several days of wait-and-see, we now know the fate of Senate control,” said Senate President Morgan Carroll, D-Aurora.  “Under Democratic leadership, we were able to achieve the fourth fastest growing economy in the nation and get the unemployment rate down to the lowest it has been since 2008.  We are extremely proud of our accomplishments and all of the people who worked with us to make those possible.  Going forward, we will do what we can to defend the rights and liberties that we worked so hard to protect.  It is our job to hold the Republicans accountable, work together where we can, and continue to fight for a great state.”

“Last year, we forged a working partnership with the Senate Republicans, and we hope to keep that going next year,” said Majority Leader Rollie Heath, D-Boulder.  “We thank volunteers and voters who participated in the election, and we ask them to continue to participate.  We need all Coloradans, more than ever.  There’s a lot at stake.  The Democratic Majority made progress on the economy, environment, women’s health, LGBT equality, Medicaid, retirement security, workers’ rights, and so much more, and we can’t afford to move backward.”

“On behalf of an amazing campaign team, my committed senate colleagues and all of our hard-working candidates, I want to thank the people of Colorado for giving us this historic opportunity. The Republican Senate Caucus is eager to move Colorado forward on so many important issues, and away from the extraordinary divisiveness of recent years. We are here to serve common interests, not special interests.