Coloradans care about climate change, surveys say, and analysts point out that politicians seeking congressional seats or the White House ignore the issue at their own peril in this critical swing state.

The Guardian newspaper this week produced a report stating voters, especially young ones, are increasingly dismayed that climate change has been “the missing issue of the 2016 campaign.” 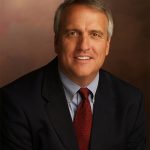 In Colorado, that means turning a cold shoulder to global warming, an issue that a 2013 Yale study found is “very or somewhat important” to 73 percent of Coloradans – 70 percent of whom believe climate change is real.

In his recent book “Powering Forward,” Ritter says a transition away from coal as the state’s primary resource for generating electricity is inevitable because Coloradans increasingly prefer cleaner-burning natural gas and carbon-free renewables resources such as wind, solar and biomass. But he argues the state owes hard-hit coal-mining communities a “Just Transition.”

Many residents of struggling coal towns on Colorado’s Western Slope, from Hayden to Delta, blame the climate policies of Ritter and his successor Gov. John Hickenlooper for undermining state coal production. But both men counter that market forces – primarily the abundance of cheap natural gas and ever-more affordable renewables – are driving down demand for coal.

The perfect storm of coal company bankruptcies and plummeting natural gas and renewable prices is being driven by those market forces more than state and federal policies, Ritter argues in a recent RouteFifty.com story produced by RealVail.com. And he adds that even conservative lawmakers are beginning to realize the value of promoting renewable resources.

Ritter, who now serves as the director of the Center for the New Energy Economy at Colorado State University, has been working with 13 western states on plans to comply with the EPA’s proposed Clean Power Plan, which is stuck in a legal quagmire that ultimately may be decided by the U.S. Supreme Court. That makes November’s election all the more critical, Ritter says.

“Certainly, as we’ve seen by [Antonin] Scalia’s death, appointment of the next justice could mean a lot about what happens even at state level on environmental and energy policy, so a lot of this is still up in play, but understand that even with all of that happening, states are doing a variety of really important things in transitioning to clean energy,” Ritter said.

Ritter points to a recent clean energy accord signed by 17 governors, four of them Republicans.

“States with very conservative governors are doing what I would consider to be some very important things,” Ritter said. “Partly that may be because they realize the business opportunities that are available, they realize that the price of wind and solar have come down so dramatically that while they’re still intermittent, they’re fairly cheap.”

Climate concerns aside, mproving technology plays a big role in that transition, he adds.

“They realize there’s great research and development on the energy storage front, so if you get to a point where you combine rooftop solar with storage, people are actually able to provide their own power from the sun, and that makes them independent in many respects, and there are a lot of conservatives that like that idea,” Ritter said.

Young Democrats, who largely have backed the maverick campaign of Vermont Sen. Bernie Sanders, now must decide if they prefer Trump’s anti-establishment message to the mainstream messaging of presumptive nominee Hillary Clinton, who acknowledges the urgency of dealing with climate change.

“Everybody up here is very concerned with what’s going on with climate change, and [Obama’s] made serious inroads, but that would be history should a Republican get elected,” said Breakstone, a declared Clinton delegate at the state Democratic convention.

“That to my mind would be so tragic because so much has been accomplished by the Obama administration despite this obstructionist Congress,” Breakstone said. “In a way, he’s just phenomenal what he’s been able to accomplish.”

Breakstone worries that if youth voters don’t support Clinton, there will down-ballot consequences for other Democrats who could possibly take back control of Congress and advance Obama’s climate agenda.

Former state Sen. Gail Schwartz, a Democrat who carried many of the clean energy bills signed during Ritter’s four years in office, is taking on incumbent Republican U.S. Rep. Scott Tipton in Colorado’s 3rd Congressional District, which includes most of the state’s Western Slope.

Schwartz also says that market forces more than policy decisions are decreasing coals prices and therefore impacting production. She agrees with Ritter that coal towns need help transitioning, and she says she supported the coal industry during her two terms representing Senate District 5 but that change is inevitable as the state moves toward natural gas and renewables.

The EPA’s Clean Power Plan would target older, coal-fired power plants in an effort to reduce carbon emissions from the power sector by 30 percent from 2005 levels.

“There are issues relative to the Clean Power Plan when we have a changing climate and we look at the impact of carbon on the environment on our resources like water and our key industries like our outdoor recreation industry,” Schwartz said.

Tipton campaign spokesman Michael Fortney counters that Tipton knows best what voters in CD3 are most concerned about and that Schwartz is too liberal and out of touch.

“[Tipton’s] representing issues that the 3rd Congressional District cares about,” Fortney said. “Those issues being jobs, economic development, responsible natural resource development, protecting our water rights on the Western Slope. That’s what Congressman Tipton has focused on in his couple terms.”